Separating the women from the boys

For years, women have been lacing up their gloves and preparing their game faces to take on the boys in male-dominated industries. They’ve painstakingly proven time and time again that anything men can do, women can do…better. 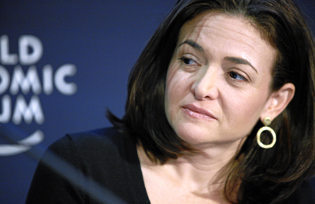 There’s plenty of evidence that women possess an inner strength that sees them through the most difficult of situations. Whether at home or in business, girls will get things done, especially geeky girls. In honour of Women’s Month, Brainstorm celebrates some of the leading ladies in the ICT industry who have had a massive impact on some of the market-leading IT companies.

✱ Ginni Rometty – IBMIt’s been two years since Ginni Rometty assumed her position at the head of IBM. Rometty, who worked her way up the ranks when she first began at 24 as a systems engineer in 1981, was appointed president and CEO on 1 January 2012. Just a few months later, she became chairman of the board of directors. The declining growth in IBM’s hardware business, which saw a five percent revenue drop, has been the challenge for Rometty, but she earned her stripes when she refused her annual bonus. “In view of the company’s overall full-year results,” she said, “my senior team and I have recommended that we forgo our personal annual incentive payments for 2013.”