Is it the end of banks as we know them?

If you’re interested in DeFi, or decentralised finance, there’s a new book on the market that answers the question: what happens after Bitcoin? 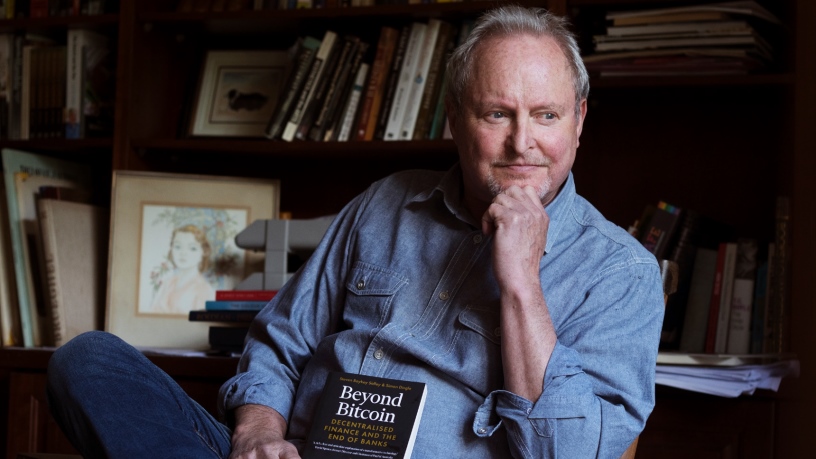 Stephen Boykey Sidley admits that putting fiat currency into the world of DeFi can be terrifying at first. Photo: Karolina Komendera

Even by crypto standards, 2022 has been a wild ride. On June 13, Bitcoin (BTC) slipped to under $25 000, its 12th straight week in decline, from about $49 000 three months earlier. The news in mid-May that the world’s largest stablecoin, Tether, which was meant to be pegged to a fiat currency, in this case $1 per token, lost its parity, has not helped matters. Terra, another stablecoin, also broke its peg, and as one analyst put it, there was a ‘whiff of panic’ in the crypto markets. Crypto lender Celcius said on June 13 that it was suspending withdrawals. There was also talk of a crypto winter, the utterance of which has not been heard in years. Following the example of China at the end of 2021, Russia banned BTC mining and trading in January. Meanwhile, that most traditional of banks, JPMorgan, thinks it may have found a way to harness the value in tokenised assets. Speaking at the Consensus 2022 crypto and blockchain conference in June in Austin, Tyrone Lobban, head of Onyx Digital Assets at the bank, said they thought that tokenising US Treasuries, or money market fund shares, could mean they could be used as collateral in DeFi (decentralised finance) pools. These trillions of dollars of assets, he continued, could, through DeFi, be used for trading, borrowing and lending, on an institutional scale. But before this happens, there is going to have to be some kind of digital identity mechanism in place.

These few examples serve to show the widely varying states of the crypto and blockchain field. Some areas have also matured faster than others as the world continues to try to wrap its head around this most disruptive of technologies. What the comments from JPMorgan show is that established financial services players are keeping an ear to the ground, particularly in the area of DeFi.