Google turns ten this year, and made its oldest index available for searching in honour of the occasion. 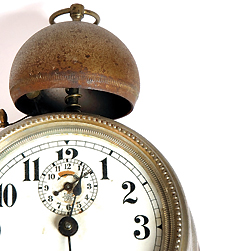 Google's oldest index dates back to 2001, and as much as the world as we know it has changed since then, much has remained the same. Brainstorm took a walk down search engine memory lane and found some old faces and long-forgotten names. Telkom, back in 2001, was expecting competition for the first time in 2002. Or so it was thought. That competition didn't materialise until a few years later (Neotel launched 1 August 2006), but headlines at the time read, "CWU opposes Telkom privatisation", "Telkom to face multiple competitors, says Ngcaba",  "Transtel/Eskom will be Telkom competition, says Radebe", and "Telkom stake to net R6bn". The company also launched its much-slated DSL service.

MTN, way back then, was still sponsoring the Gladiators (we've all been trying very hard to forget them), boasted a subscriber base of three million, and Johnnic (now Avusa) and MTN had just acquired 40 percent of Ebucks.com. Vodacom, meanwhile, passed the four-million subscriber mark in 2000 and by the end of 2001 hit the six million mark.