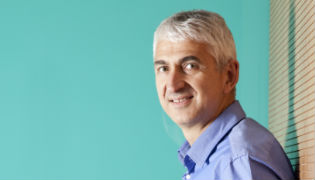 Dr Jonathan Broomberg, CEO of Discovery Health, has probably given this demo a hundred times before. But you wouldn’t know it. The second version of the health insurer’s smartphone app for its members is a few weeks away from launch. And he seems as excited by many of the app’s features as he likely was when the developers showed him the beta version.

It’s one of a suite of seven apps the insurer has developed, primarily for iOS devices (with some, like the smartphone app, available for Android devices too).