CIOs have notoriously short tenures in the C-suite. We spoke to three South African IT leaders about why they believe organisations aren’t retaining high-level IT talent. 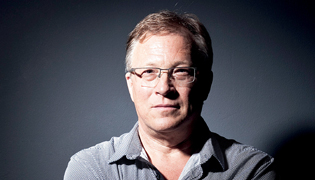 In an article published in CIO Insight in January, entitled ‘Why CIO Tenures Aren’t Longer’, writer Larry Bonfante points out that, “having a short tenure is now less due to CIOs jumping ship for the next big job opportunity and more about a level of dissatisfaction with the way IT organisations are perceived by their internal stakeholders.”

He breaks this down into three key points:• That there is a general perception of IT as a business ‘disabler’, where everything seems to take forever and things don’t seem to get done at a high level of satisfaction.• That CIOs are not perceived as business executives but as technologists. They don’t speak in business terms but in technology jargon that only a fellow IT executive can understand.• That many CIOs do not take the time to develop their relationships with key stakeholders such as their board members or C-suite peers, and they haven’t made the effort to be seen as team builders. Brainstorm approached three South African (or ex-South African) CIOs to find out their views on short CIO tenures.